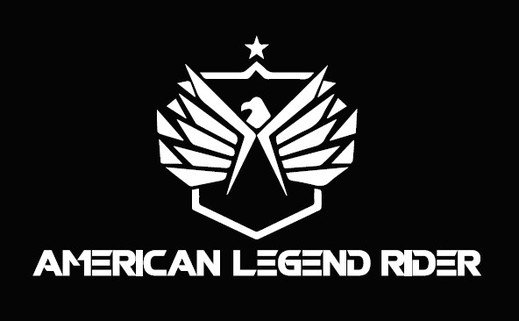 Alright, my friends. So, we're back today looking at a new product right down here, new leg bag, right. Riding season is coming, and it might be here already for you. This is from our friends over at American legend rider. So, let's take a quick look at it. Shall we or we shall? Okay.

So, a lot of times when you're riding you just don't have a lot of room for extra things. Especially if you are someone who rides maybe a cruiser or you're riding a naked style bike or a cafe racer style bike or maybe even a sportbike. It really doesn't matter what kind of Mike Yard, if you don't have a lot of luggage on it or you know, you do have a fair bit of luggage, but when you get wherever you're going, you're like me and you kind of take your jacket off or whatever and you throw it in your, in your bags,

But now, your kind of t-shirt and jeans and you want to be at a carry around all your stuff, like your sunglasses and your wallet, your phone, because your phone's important. So, what do you put it in? What do you carry with?

Well, this kind of thing here, this kind is perfect, and I really like it because I don't necessarily want to carry like a backpack around. This is like a really cool unlike fanny pack because there's no way to be cool wearing a fanny pack. It's just, it can't be done. But this, this is pretty cool. I really liked this, and this is really nice.

I'm not even sure what kind of material it is. It's almost like it almost feels like a canvas and I don't think it is, but it’s kind of feels that way. So, if you look at it really fast, just so you can see what it is. This one is there, I think its called like a cafe or a coffee, but it's this way probably better for you guys. So, it has a pocket up here that Velcro open and it has a Zipper Bay.

So even if this flap work to open for whatever reason, it's still, there's a zipper here and this would kind of be nice for maybe a small pair of sunglasses or some change or something, something kind of tiny that this, that you can fit in here with the little flap. I kind of like that down here you have another one in other pockets. So, this pocket here that you can slide, maybe your wallet or if you're, you have your passport or something like that, you could throw in there. That's kind of Nice. This flip open and you've got another pocket right here, which is good. So, even more, stuff you can kind of throw in there. And then you've got another pocket.

Now, I'm not 100% sure, but I have a feeling, again, I don't know if you guys can see that inside. It's kind of got this material. I don't want to, I don't want to say 100% that I'm sure, but I mean that feels like it could very well be like waterproof. I'm not, but don't quote me on it. Uh, I'll let you know maybe down the road if I get dosed in the rain when I'm riding it. That's really nice.

Now the build quality, as far as I can see, really nice. It's got really nice stitching all through it. So, if I bring this up close to you, you can kind of see the stitching in it. Stitching looks nice. The material is nice and thick, which is good. The bands are good. You got nice buck up on here, which is also good.

Last but not the least inside here it's like a breathable material, but when you feel it, there's some squish to it just so there's definitely some padding in there. That's kind of nice as well.

There is a little emblem on the front, and I can't even see what it says. It says a, Oh, I don't even know, No idea. I can't really tell you. This does come in a couple of different colors. So, there's a black one I believe in this color and a lighter in color and some other colors and this color, I'll put a link down below. You guys can go look at it, but really, I'm sure you guys are like what does it look like?

Is it cool? But hold on, All right, so that's all right. That's good. I'm definitely fast forwarding this stuff for you guys to see this take forever. Right there it is.

Quick access both in there. So, I had a friend of mine that has one of these. He's the only complaint actually he said was sometimes when he's writing this little piece right here, this right here with the Velcro. This comes up, the wind catches it. He said sometimes it’s kind of flaps on him. He said that was you only great be had with it. And I was like, okay, that's fair. I get it, he went and actually got a set of snaps or he's getting a set of snaps or something that kind of attaches here. So, this can become a little more permanent. That seems like an easy fix. But there you go.

I think these are about $49, something like that. Again, there's going to be a link down below for you guys. And these are from our friends over at American LegendRider. Go take a look. I really do like the color and uh, I think it's great. It's a nice quality black bag. No complaints. All right guys. That's it for this video. It's nice and shortish.

My guess would be, it all depends on what kind of leg protection you have from your bike would be, cause it's just not a horrible, but it's, yeah, it's there. 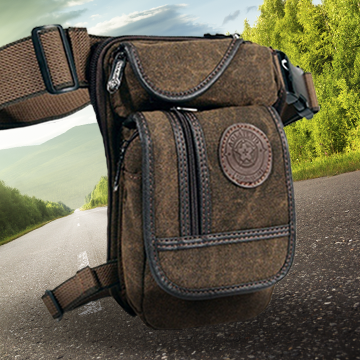 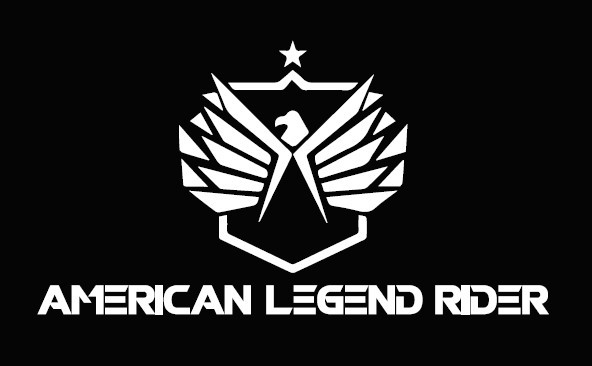